Spellers can create their own word lists in SpellPundit now! Please check out the ‘create custom list’ feature. 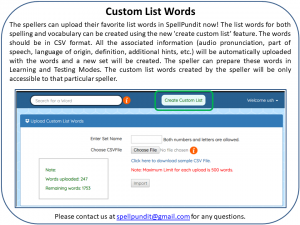 The WishWin Spellathon 2019 sponsored by SpelPundit was held at The University of Texas at Dallas on Dec 7th. The event was filled with many enthusiastic spellers. Both young and senior spellers had a chance to interact with Scripps National Spelling Bee champion (2018) and co-champions (2019), Karthik Nemmani, Sohum Sukhatankar, and Rohan Raja! 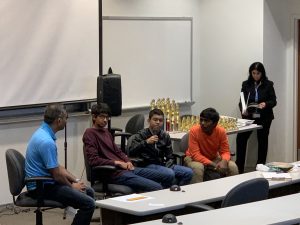 Here is the list of top spellers of Senior and Junior spelling bee category: 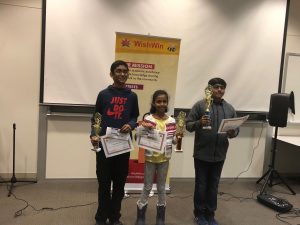 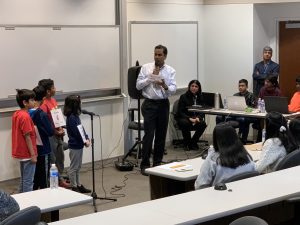 Kudos to the entire team of WishWin for organizing such a great event for good cause!

WishWin is a Non-Profit Organization. WishWin’s mission is to promote academic excellence through contests, and also help underprivileged children.

Due to popular demand, the word search feature is available in SpellPundit now! 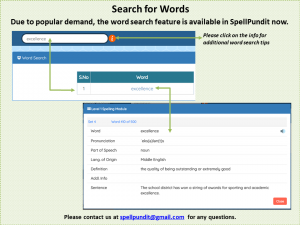 SpellPundit word of the day: Frisson! 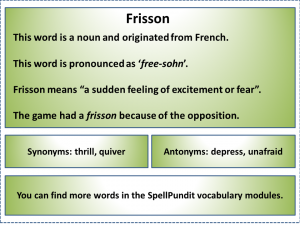 This week’s topic is about learning words in SpellPundit! 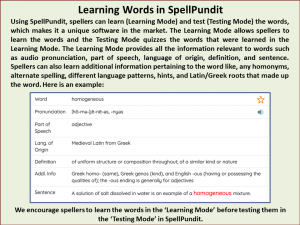 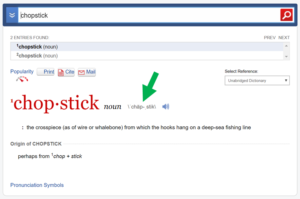 (You can find a complete list of all Merriam-Webster pronunciation symbols at http://unabridged.merriam-webster.com/info/pronsymbols.html ).

Learning all these symbols may be overwhelming for new spellers. In this post, we will break down this list of pronunciation symbols so you will become a master in reading diacritical marks! 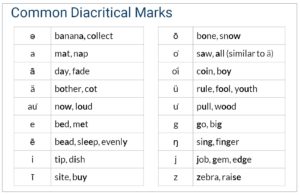 One of the most common diacritics is the schwa, which looks like an upside-down e (ə). This is a neutral vowel sound, pronounced like “uh,” as in banana, circus, and collect. This is often the hardest sound for a speller to figure out because it can be spelled with any vowel: a, e, i, o, u, or even y.

Whenever there is a plain vowel with no marks on it, it is pronounced with a short sound.

A macron is a straight line ( − ) that is placed over a vowel. This symbol gives a vowel a long sound.

A diaeresis is two dots (..) that are placed on top of a vowel. A diaeresis is used when the vowel ‘a’ or ‘u’ are pronounced like they are “stretched out”.

ü- “oo” sound as in moose or rule or shoe

Stress symbols tell you which syllable of the word has the most stress, or emphasis. If a syllable is stressed, that means you put some extra force or pressure as you say that syllable. Stressed syllables are pronounced slightly louder and longer than unstressed syllables.

The diacritical mark (‘) indicates primary stress. This means that you put the most stress, or emphasis, on the syllable that comes right after this mark.

The diacritical mark (,) indicates secondary stress. This means that the syllable after this sound also has some stress, but it is not as much as the primary stress.

Stress on the word can make all the difference in what it means. For example, the word “present” can have two different meanings depending on where you put the stress. 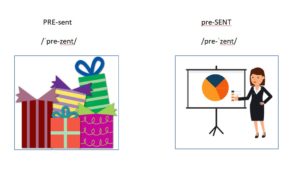 Now let’s take a mini-test! Read the pronunciations and try to guess what the word is.

Please send your questions to spellpundit@gmail.com.